It started out with the memes. The close-up image of a doll with the caption: “green light, red light” which at first I did not understand. Then came the multiple messages from my group of friends, “you need to watch,” “it’s crazy and so addicting.” A couple days later I gave into peer pressure, and finally decided to watch the Korean drama on Netflix called “Squid Game.” The series is set in South Korea and tells the story of a group of social “outcasts” who are struggling to make ends meet and are deeply indebted, and therefore are forced to participate in the “games” which promises them a large reward of money if they are the finalists. Little do they know, the games are deadly. Nevertheless, after stopping the game once due to a democratic process rule in which the players can choose to stop if the majority wishes to, most of the players faced with the harsh reality of their everyday lives decide to come back and compete for their lives in order to earn the large reward in cash. The episodes then demonstrate how the players fight and compete for their lives in a series of modified classic childhood games such as tug-of-war. The series is violent, bloody, raw, and a bit difficult to watch, nevertheless you keep watching. The games, which are supposed to represent innocence and childhood are juxtaposed with the harsh realities of growing up and being an adult. In the games, even the groups that make alliances, under pressure end up betraying each other and looking out for themselves. This may be a commentary about human nature and the way in which the competitive world in which we live is one in which “you eat, or get eaten.”

Another important factor is that the game is controlled and observed by some type of elite men who pay to use the lower class participants as tokens in their games to bet who will survive and who will die. I think that this, as the rest of the series does, supports the critique on class relations and how capitalism and competition allows the elite group to abuse those who are not part of that socio-economic group. In the last episode, we find out that the game was created solely for the entertainment of a wealthy man who wanted to “feel” something that he could not obtain with all the wealth of the world.

In the end, the character who ends up winning the game, Seong Gi-hun,  is overcome with guilt and depression after having gone through all the trauma. This may mean that all the wealth that he accumulated during the game is not worth losing lives. The first season ends in a cliffhanger as instead of leaving South Korea, Seong Gi-hun seems to abandon his plane in order to try to halt the bloody and deadly games from happening again. Hopefully, some of the loose ends will be tied when season two comes as creator of the show, Hwang Dong-hyuk, has confirmed that we will get a second season of the viral show sometime in the future. 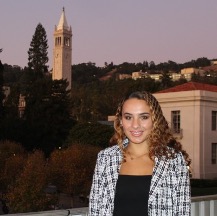 Natanya Faitelson is a recent graduate of the University of California Berkeley where she graduated with a double major in Political Science and Media Studies. She loves writing and hopes to become an international affairs journalist in the future. In her free time she loves going on walks with her dogs, reading books, learning about art, and watching shows.